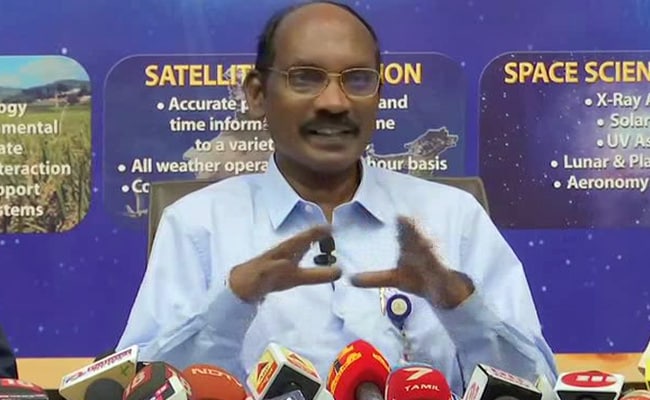 The training of astronauts will start from third week of this month in Russia, ISRO chief K Sivan said.

The Indian Space Research Organisation on Wednesday said the training of astronauts for the ambitious manned mission ‘Gaganyaan’ will commence from the third week of January in Russia.

Four astronauts have been identified for the mission, ISRO chief K Sivan said adding the training of astronauts will start from third week of this month in Russia. The work related to Chandrayaan-3 and Gaganyaan was goingon simultaneously, he said.

The ISRO chief also congratulated the Chennai based techie who recently located the Vikram lander of Chandrayaan-2 that hard-landed and maintained that it was the space agency’s policy not to release picture of the crashed module.

“We know where it crashed and where it is located,” Mr Sivan said. To a question on what went wrong with Vikram lander, hesaid it was due to velocity reduction failure.

“The velocity reduction failure was due to internal reasons,” he said.

Chandrayaan-2 mission was India’s first attempt to landon lunar surface. The ISRO had planned the landing on theSouth Pole of the lunar surface. However, the lander Vikramhard-landed.