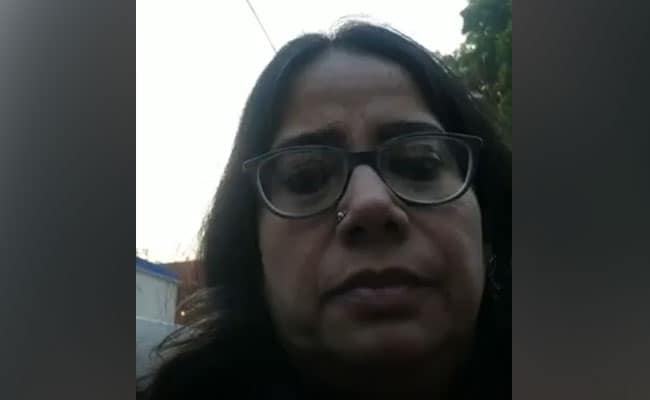 Actor-activist Sadaf Jafar, who was arrested last month in Lucknow while she was doing a Facebook Live session during protests against the amended citizenship law, has been granted bail by a court in Uttar Pradesh’s capital.

Former Indian Police Service officer SR Darapuri, a cancer patient, who was arrested from his house in Lucknow last month, has also been granted bail.

Both were accused of rioting.

The local court judge in the bail order said there was no evidence of arson or violence against Ms Jafar.

Her last bail plea was rejected by a court in Lucknow on December 24. Congress general secretary Priyanka Gandhi Vadra has been demanding Ms Jafar’s immediate release. The actor-activist is also a Congress spokesperson.

In Facebook videos widely shared on social media before she was arrested, Ms Jafar was heard telling policemen in Lucknow’s Parivartan Chowk, “Why are you not stopping them? When there is violence, you are standing and watching the show. What is the use of the helmet? Why aren’t you doing anything?”

In another video, in which her face is not visible but her voice can be heard, she is heard saying, “Why are you arresting me? Why didn’t you arrest the people who were pelting stones?”

Violent protests had broken out across Uttar Pradesh and elsewhere in the country after the Citizenship (Amendment) Bill sailed through both houses of parliament last month. Over 25 have died in the protests across the country.

The Citizenship (Amendment) Act for the first time makes religion the test of citizenship in India. The government says it will help minorities from three Muslim-dominated countries to get citizenship if they fled to India before 2015 because of religious persecution. Critics say it is designed to discriminate against Muslims and violates the secular principles of the constitution.

What is Rahu in Vedic Astrology ?