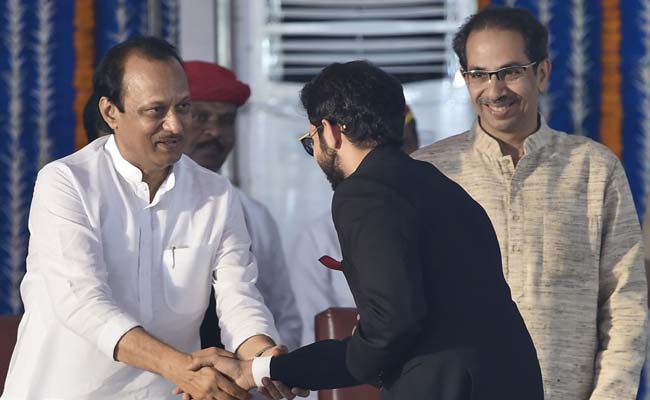 The Maharashtra Governor has approved the list of portfolios to be given to the ministers of the new government. “Governor Bhagat Singh Koshyari has approved the allocation of portfolios as proposed by Chief Minister Uddhav Thackeray,” the Governor’s office tweeted this morning. Even as the portfolios have been cleared, the Uddhav Thackeray-led coalition government of the Shiv Sena, Sharad Pawar’s Nationalist Congress Party (NCP) and the Congress now has to deal with disgruntled leaders who are unhappy over what they have been given.

Aaditya Thackeray has been made the minister for tourism, environment and protocol ministries.

Sharad Pawar’s party – which played a key role in bringing together the ideologically disparate Sena and the Congress and helped government formation in Maharashtra – emerged as the biggest winner with most of the state’s key cabinet berths.

The party got the home, finance, irrigation and housing ministries. The post of the deputy Chief Minister also belongs to the party. In terms of numbers too, they have the edge over the Shiv Sena, with 16 berths compared to the Sena’s 15. Deputy Chief Minister Ajit Pawar got the plum finance and planning portfolio.

The Congress is getting the least number of berths and ministries as it is the smallest party in the alliance in terms of the number of MLAs. The party won 44 of the state’s 288 seats, against Shiv Sena’s 56 and NCP’s 54 seats.

The key revenue portfolio has been given to Congress state chief Balasaheb Thorat, PWD for former Chief Minister Ashok Chavan and Medical Education for Varsha Gaikwad.

Sources said the delay in finalisation and announcement of porfolios was mainly due to the difficulty of assigning districts to individual ministers for special care.

Ketu in the third house of birth chart – Vedic Astrology – By: Sachin Sharmaa