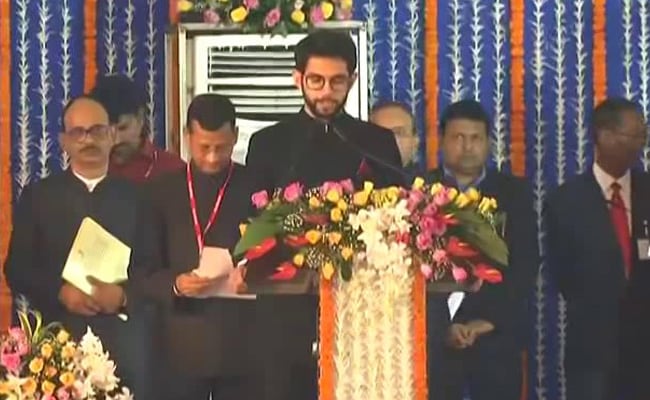 Maharashtra Cabinet Expansion: The ceremony is being held at the Vidhan Sabha at 1 pm.

Mumbai:
Ajit Pawar, a senior leader of Sharad Pawar-led Nationalist Congress Party took oath as the Deputy of Maharashtra Chief Minister Uddhav Thackeray today – more than a month after he had sided with the BJP and became the deputy of Devendra Fadnavis. Mr Thackeray’s cabinet will also include his son Aaditya Thackeray, who is taking oath along with 34 other legislators. Ten of the 36 MLAs given ministerial berths today belong to the Congress. In November, Ajit Pawar broke ranks from his party to ally with the BJP and took oath along with Mr Fadnavis in an early morning surprise ceremony. But he quit hours before a Supreme Court-ordered floor test, ending the BJP’s dramatic 80-hour bid to seize power.

Here are the Top 10 points in this big story: