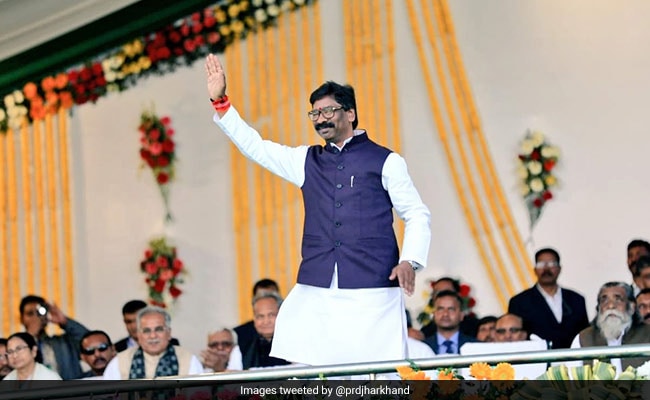 Mere hours after being sworn-in, Chief Minister Hemant Soren’s Jharkhand government announced its first cabinet decision late this evening – to drop all cases against tribals in connection with the Pathalgadi movement of 2017. In a tweet posted by its Information and Public Relations department, the government said its council of ministers had opposed amendments to the Chhotanagpur Tenancy Act (CNT) and the Santhal Paragana Tenancy (SPT) Act – both of which protect tribals’ land rights – and had withdrawn all sedition cases filed as a result of massive protests against the state government.

Today’s decision signifies that Chief Minister Hemant Soren is aware of the simmering discontent among tribals over cases lodged against them and, after sweeping seats reserved for that community in the election, has decided to address their grievances on a priority basis.

In 2016 the previous government – led by the BJP’s Raghubar Das – proposed changes in the CNT and SPT Acts. The changes opened land used only for mining and industries to roads, power, development work and other things and led to a sharp division within the party.

A BJP tribal leader was quoted by news agency IANS as saying Mr Das was “playing with the sentiments of the Advasis and Moolvasi” and warning him of repercussions to the party.

In last week’s election, which saw the JMM-Congress-RJD alliance win 47 seats in the 81-member Assembly, the party faced significant reverses in the tribal belt; it won just two of 28 seats reserved for Scheduled Tribes.

The Pathalgadi movement became a major issue in campaigning for the Jharkhand Assembly elections. The BJP came up with a fact file on the matter that said only 172 people had been named in 23 FIRs.

“This news report of sedition charge against more than 10,000 people was wrong. We did take stern action against those indulging against anti-national activities. It was so especially in this case, for people behind opium business tried to exploit poor tribals,” Mr Das told NDTV.

According to Ashutosh Shekhar, chief of local police, chargesheets were filed against 64 accused but not all were accused of sedition. Only 43 were arrested and property of absconding 21 accused was attached. Of the 172 accused, the names of several were repeated in several FIRs, he said.

The local police, however, admitted that in each and every FIR, there were hundreds of un-named accused. But so far, none of them have been identified or arrested, said Ashutosh Shekhar, adding that “things have been deliberately blown out of proportion”.

The Pathalgadi protests were highlighted by Congress leader Rahul Gandhi in a campaign speech in the state last month; Mr Gandhi attacked the BJP over “draconian” sedition cases against 10,000 tribals and criticised the media for not highlighting their plight.

In response Raghubar Das told NDTV that Mr Gandhi was not aware of the facts and was only raising the matter on the eve of elections.

It was the tribals in Khunti — a district practically in the backyard of state capital Ranchi — who started using ”pathalgadi” as a form of protest. Opposing the forcible acquisition of tribal land, they advocated setting up a parallel administration based on traditional tribal governance systems.

In 2017, monoliths started to appear at the entrance of villages; tribals had carved on these parts of the Indian Constitution that gives special autonomy to tribal-dominated areas.

Soon after they held a groundbreaking ceremony for the Bank of Gram Sabha, Tribal Education Board, Health Board and Defence Board. All of this set them on a collision course with the state government and led to the filing of sedition cases.

Last year, villagers of Chituram in Khuti district removed their monolith, admitting they had been misled.

With input from IANS