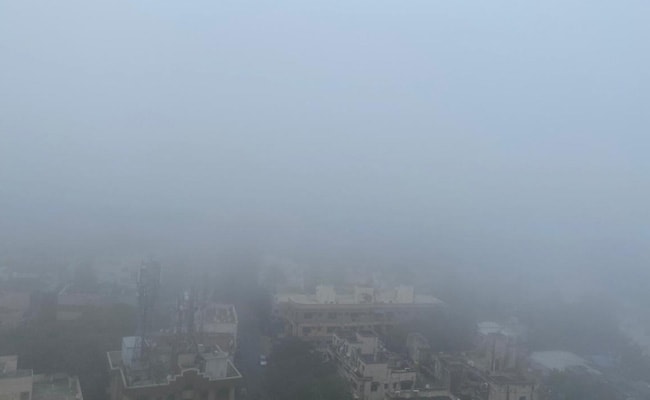 Chennai has been receiving northeast monsoon showers and due to this, the climate has been pleasant.

Around six flights were diverted this morning due to poor visibility amid fog conditions at the Chennai airport in Tamil Nadu. Around 10 flights have also been delayed due to bad weather conditions, reported news agency ANI. A total of four flights have been diverted to Hyderabad, while another was diverted to Tiruchirappalli.

The city has been receiving northeast monsoon showers and due to this, the climate has been pleasant. According to the weather department, the monsoon period will continue till January 4.

Indigo airlines apologised to its customers through Twitter and said”delays due to certain reasons like bad weather are beyond our control.”

SpiceJet also took to Twitter to update its flyers. “Due to bad weather at Chennai (MAA) all departures/arrivals and their consequential flights might get affected. Passengers are requested to keep a check on their flight status…,” it said.

On Friday, several domestic and international flights were delayed at the busy Chennai airport due to poor visibility caused by unexpected fog.

Ketu in the third house of birth chart – Vedic Astrology – By: Sachin Sharmaa

Australia fires: Rain falls but warnings of huge blazes ahead