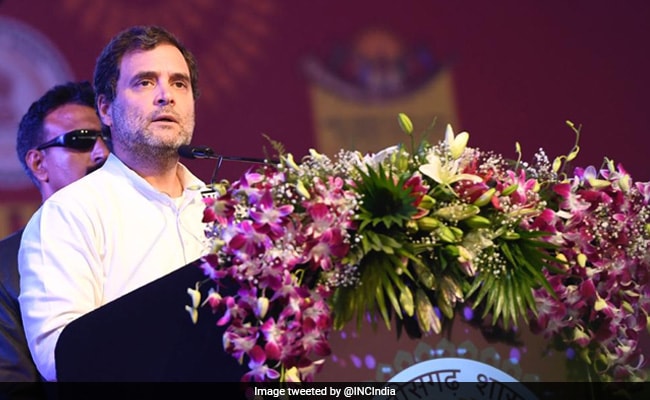 Hours after Congress leader Rahul Gandhi called the National Population Register (NPR) a tax on the poor, the ruling BJP hit back by dubbing him the “biggest liar of 2019” for comments that it said had “embarrassed his party and family”.

Senior BJP leader and Union minister Prakash Javadekar accused the Congress of trying to fan instability in the country and insisted that people supported the government on the new citizenship law and NPR.

“The NPR does not involve any monetary transaction and its data is used to identify the poor so that government welfare schemes can reach targeted people,” Mr Javadekar said, adding that a similar exercise had been carried out in 2010 too.

“When Rahul Gandhi was Congress president, he would say anything and speak lies all the time. Now he is no longer president but continues to speak lies. If there were a category of the liar of the year, he would be its recipient. His comments used to embarrass his family. His lies now embarrass his party and entire country,” Mr Javadekar said.

Earlier today, Rahul Gandhi had called the NPR and National Register of Citizens (NRC) a “tax on poor people”.

“Poor people will have to go to officers and show their documents and give bribe. They will have to give bribe if there is a slight mistake in their names. Crores of rupees will be pulled out of the pockets of the poor and will be given to the same 15 people. This is the truth. It is an attack on the people,” he said.

But Prime Minister Narendra Modi “can’t understand this and the country’s time is being wasted,” said the Congress MP.

The NPR, sanctioned by the government earlier this week, is seen by critics to be a precursor to the NRC, an exercise to identify illegal migrants. Activists, opposition parties and students protesting across the country fear that the NRC, along with the new citizenship law, will be used as tools to target Muslims.