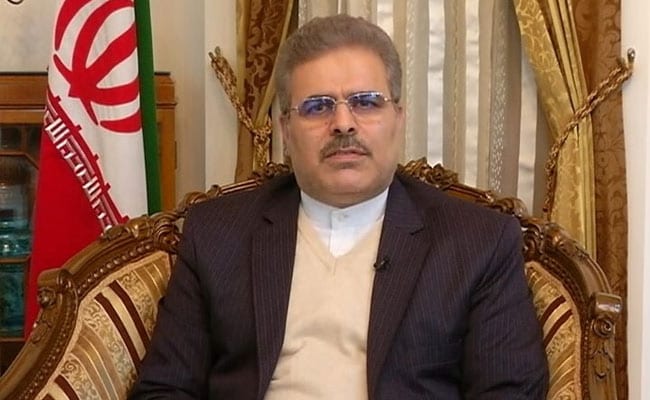 A country that has been attacked has every right to defend itself, the Iranian ambassador to India told NDTV this evening, as the Middle East simmers following the death of General Qasem Soleimani, the commander of Iran’s Revolutionary Guards, in a US airstrike on the Iraqi capital. Describing General Soleimani as a “champion against terrorism”, Dr Ali Chegeni refused to rule out the possibility of retaliatory strikes against the United States and that the escalation of military action in the region could lead to yet more conflict in the war-torn region.

“My government has mentioned we are going to retaliate… yes, it is the legitimate right of every country that has been attacked to defend itself. It is normal,” Dr Chegeni said, pointing out that US claims his country was behind strikes on Saudi Arabian oil facilities late last year were never proven.

“Iran never attacked Saudi or any other country in the region… (untrue) that Iran attacked Aramco or petrol facility of Saudi. UN report said no document was there… no proof,” he added.

Last month news agency Reuters reported that a US investigation of the Aramco attack indicated the strike originated from the north and identified similarities between drones used in the attack and those produced and designed by an Iranian firm.

However, in a report by Bloomberg United Nations investigators said they were “unable to independently corroborate” the same finding.

General Qasem Soleimani was killed in Baghdad in the early hours of this morning after a volley of missiles were fired near the city’s international airport. The strike also killed the deputy chief of Iraq’s paramilitary force and at least six other people. Iran has vowed “severe revenge (for) criminals who bloodied their foul hands with his blood”. In a statement the country’s Foreign Ministry said the US would “answer for this clear atrocity”.

“Iran is a country that has never attacked any other in its history… whatever has been done by America against General Soleimani, who was champion against terrorism and beloved by Iranian, Iraqi and Syrian governments… he has been attacked and assassinated by,” Dr Chegeni told NDTV.

The ambassador also referred to the United States as a “state terrorist”, saying that by this act it had shown itself to be a “supporter of terrorism”.

United States President Donald Trump welcomed the death of General Soleimani in a tweet posted today, claiming that the General had “killed or badly wounded thousands of Americans… and was plotting to kill many more”.

However, according to Democrat Eliot Engel, who heads the powerful House Foreign Affairs Committee, the airstrike “went forward with no notification or consultation with Congress“.

India has called for restraint, saying it is “vital that the situation does not escalate further”.

According to a report by news agency AFP, General Soleimani was one of the most popular figures in Iran and seen as a deadly adversary by America and its allies.

With input from AFP, Reuters