NCP’s Ajit Pawar and Sena’s Aaditya Thackeray were inducted in the Maharashtra cabinet on Monday.

The Maharashtra cabinet expansion on Monday has left several Congress MLAs, including senior leader Prithviraj Chavan, upset after they were not inducted, sources have told NDTV. Chief Minister Uddhav Thackeray’s son Aaditya Thackeray, Nationalist Congress Party’s Ajit Pawar and 34 other leaders from Shiv Sena, the NCP and the Congress took oath on Monday.

On Monday, Congress leaders Ashok Chavan, Dilip Walse-Patil, Dhananjay Munde, Sunil Chhatrapal Kedar and KC Padvi were sworn-in as ministers in the Maharashtra cabinet. However, they are yet to be assigned portfolios. The portfolio allocation would be done in a day or two, the Chief Minister said. 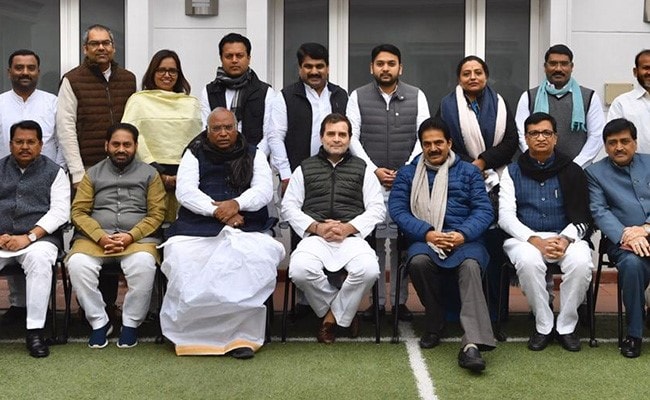 Chief Minister Uddhav Thackeray has expanded his cabinet more than a month after assuming office. NCP chief Sharad Pawar’s nephew, Ajit Pawar, has been sworn in as his deputy. Last month, Pawar junior had sided with the BJP and became the deputy of Devendra Fadnavis. But he quit hours before a Supreme Court-ordered floor test, ending the BJP’s dramatic 80-hour bid to seize power.

Hours after the cabinet expansion, an NCP MLA from Beed district resigned as he called himself “unworthy of politics”. Majalgaon MLA Prakash Solanke, however, clarified that his decision was not related to non-induction. “I have apprised NCP leaders about my decision to step down. I will meet Legislative Assembly Speaker (in Mumbai) on Tuesday and hand over my resignation letter. My resignation has nothing to do with the Cabinet expansion,” he was quoted as saying by news agency PTI.

Jammu And Kashmir’s Statehood Will Be Restored Soon: Ram Madhav