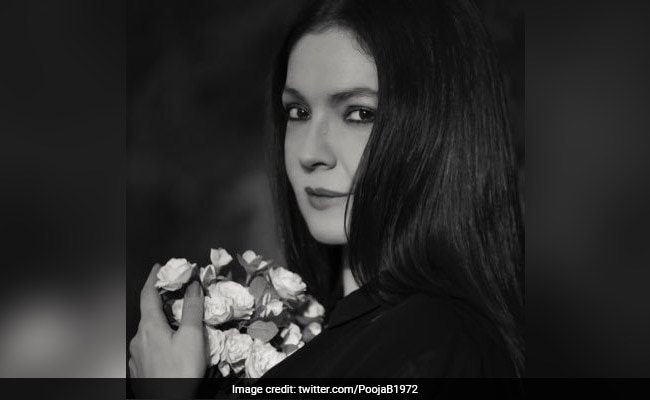 Actor and filmmaker Pooja Bhatt has made lacerating comments on members of the entertainment industry hours after a mob armed with sticks, stones and sharp weapons attacked students and teachers of Jawaharlal Nehru University (JNU) in south Delhi.

“To members of my supposed ‘fraternity’ who were meant to opine & dine with the ruling party this evening, trust you implored them to curtail the violence unfolding across the nation. Or at the very least, as part of the ‘scrumptious’ meal on offer, help yourselves to some humble pie,” Pooja Bhatt tweeted, alluding to a talk-and-dinner session on the citizenship law hosted for Bollywood personalities by two BJP leaders on Sunday.

To members of my supposed ‘fraternity’who were meant to opine & dine with the ruling party this evening-trust you implored them to curtail the violence unfolding across the nation.Or at the very least,as part of the ‘scrumptious’ meal on offer,help yourselves to some humble pie.

Union Ministers Piyush Goyal and BJP vice president Jay Panda met with a number of Bollywood personalities including Kailash Kher and Urvashi Rautela at the five-star hotel Grand Hyatt in Mumbai to discuss “myths and realities” linked to the Citizenship (Amendment) Act, or CAA. “The agenda of the meeting will be to facilitate a discussion on myths and realities pertaining to the Citizenship Amendment Act,” reads the invitation for the event. “Meeting will be followed by dinner,” it reads.

Sources said that some people had managed to convince Javed Akhtar, who has been critical of the government, to attend the meeting, but he did not turn up.

Celebrities such as Swara Bhasker Anurag Kashyap, Nikkhil Advani and Sushant Singh, who have openly spoken out against the citizenship law, were not on the guest list.

A blockbuster filmmaker and a leading actress, who asked not to be named, confirmed to NDTV that they had been invited for the meeting, but would not attend the event on the amended law that fast-tracks the process of giving citizenship to persecuted non-Muslim refugees from three neighbouring countries.

The mob attack at JNU on Sunday left at least 30 students and a dozen faculty members injured; they are being treated at AIIMS in Delhi. The JNU Students’ Union has alleged the BJP-link students’ body ABVP and the ruling party’s ideological mentor RSS are behind the attack. The ABVP has denied the allegation.

The Delhi Police said they have taken control of the situation at JNU. The government has also sought a report from the police on the mob attack.