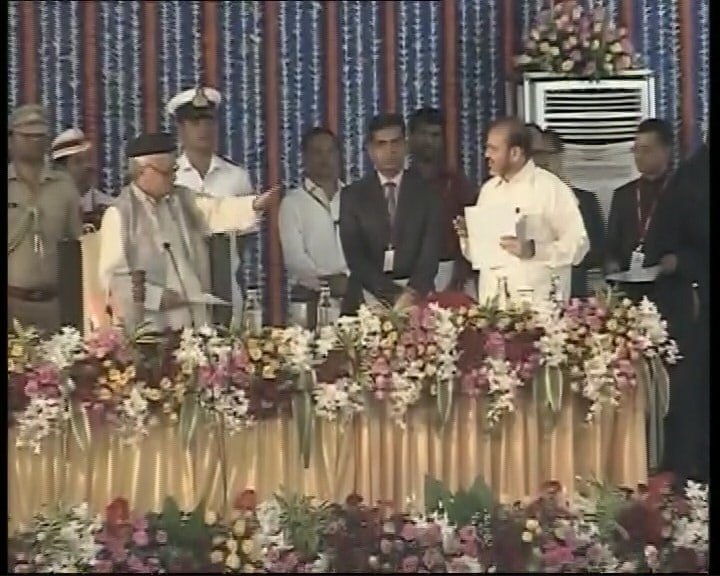 A Maharashtra Congress leader was today reprimanded by Governor Bhagat Singh Koshyari and reminded of protocols when he was taking oath as a minister in the Uddhav Thackeray government.

Mr Koshyari apparently lost cool when Congress’s KC Padvi, while taking oath, did not stick to the format and added a few extra sentences. The 61-year-old leader thanked his constituency and voters, which the Governor said “was against the protocol”.

The governor told him that the senior politicians “sitting in the front row can probably tell you that it is mandatory to stick to the power template while taking oath”. Mr Koshyari then asked the senior leaders to intervene.

Mr Padvi took the oath again as senior leaders around urged him to follow the protocol.

Nearly a month after Shiv Sena chief Uddhav Thackeray was sworn in as the Chief Minister, around 36 ministers – of both Cabinet and Minister of State ranks – took oath today.

Ajit Pawar, a senior leader of Sharad Pawar-led Nationalist Congress Party, was sworn in as Mr Thackeray’s deputy. Last month, he had sided with the BJP and became the deputy of Devendra Fadnavis. . But he quit hours before a Supreme Court-ordered floor test, ending the BJP’s dramatic 80-hour bid to seize power. Sena chief’s son Aaditya took oath today and is also a part of his cabinet.

The Sena-NCP-Congress coalition, dubbed the Maha Vikas Aghadi, came to power after weeks of negotiations between the ideologically mismatched parties who came up with a common minimum agenda.

Ravi Shankar Prasad On Citizenship Amendment Act: There Is No Escape